The experiment in converting Old "Age of Discovery" maps into globes.
Turning a flat 2D map into a 3D globe. 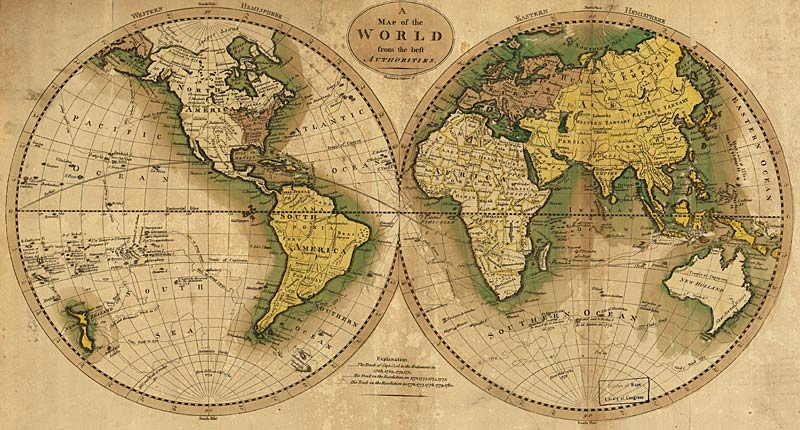 This map was created in 1792 by Matthew Carey. 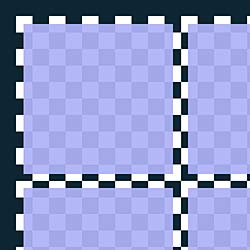 Then I opened both images into Morph Man 2000 (by STOIK) and placed points on the map at the intersections
of the longitude and latitude lines. Ultimately I had to also add intermediate points. 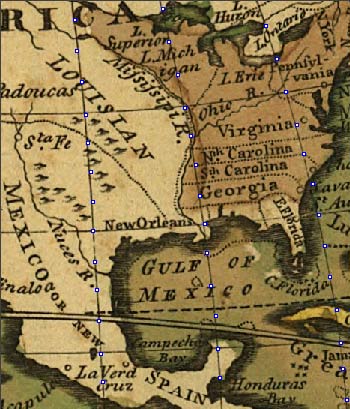 Quite a few points were required. 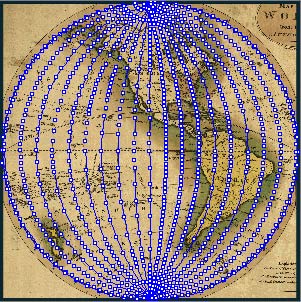 The same circular point pattern appears on the target grid image.
It is then a matter of moving the points on the grid to the new (equirectangular) locations. 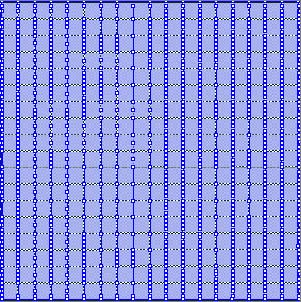 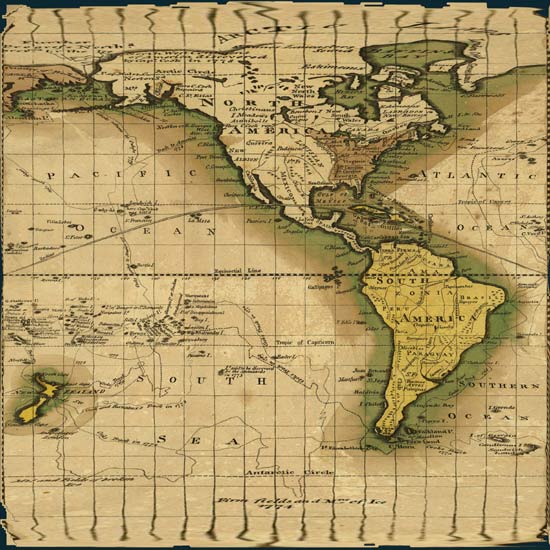 The second hemisphere/map image was then imported
Very few adjustments were needed to get this half to work.
The two halves are combined.... and touched up 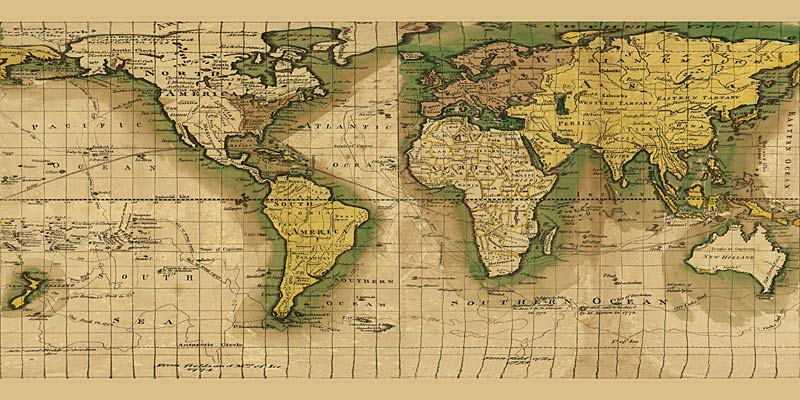 Bruno Postle came up with a photoshop plugin which converts the above equirectangular image into globe gores.
IP Slicer
http://bruno.postle.net/neatstuff/image_patterner/ip-slicer/ 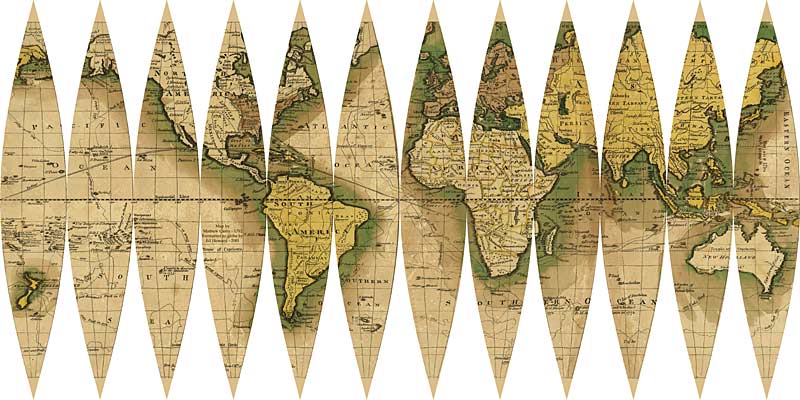 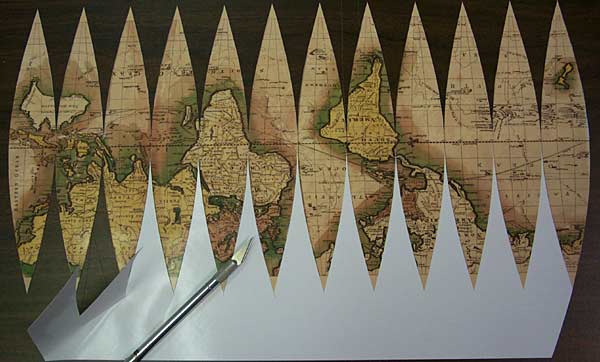 tape the equator and poles together and your done... 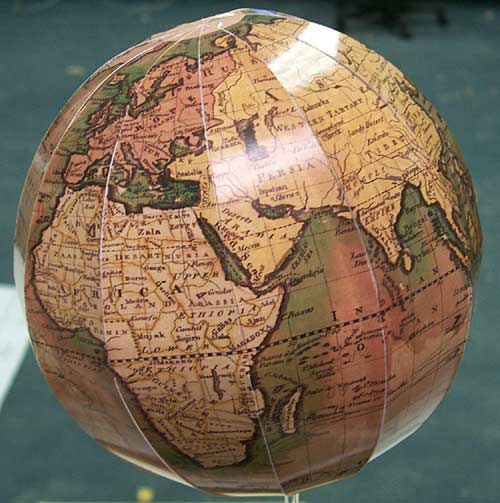 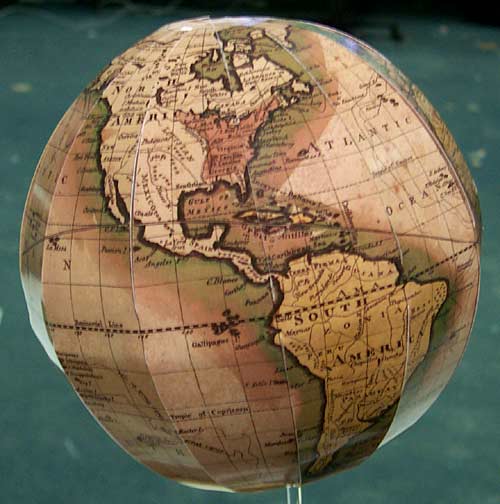 A feature I would like in this awesome plugin is an option to curve the horizontal data as it gets near the poles.
while having it remain straight at the equator.
If the current out put was applied to a perfect sphere, the straight segments of the longitudes
would appear to sag when viewed straight on to the equator. (the math involved in this is beyond me). 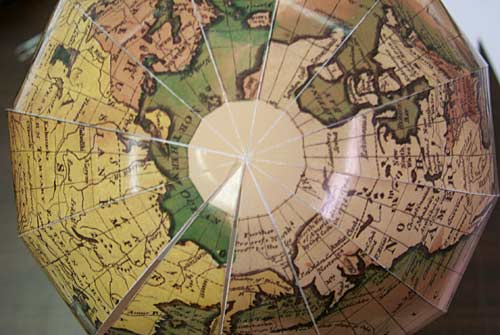 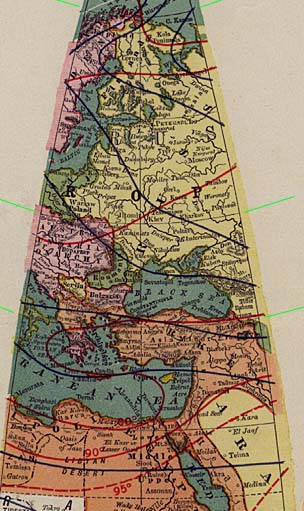 Also note how the image goes beyond the edge of the gore. Bruno Postle's goremaker offers the digital equivalent.